On the south coast of England there is a town called Brighton, although certain residents there call it Boozetown, for reasons you’d understand if you went there on a cold autumn night when the sea wind makes shivers that only a double rum or two can extinguish. In Brighton there’s a big old beach, and along that beach there runs a long promenade. On that promenade, there is a bench. Sat on that bench, there is a man, swigging from a can of something that you can be sure isn’t Red Bull. You may find him noshing on a box of greasy chicken, or smoking something hand-rolled, as the waves wash the beach. Meet Gizmo, aka Gary Guttasnypes, aka Big Gizzy, noteworthy microphone molester and scourge of the South Coast.

You know Giz. You know him as 20% of the vocal constituents of Rum Committee, the 10-strong – at least – collective of dastardly swine responsible for dodgy (in a good way) underhand (again, a compliment) confections like Boozetown and Committee Is Boss, records that drip with liquor sweat and camaraderie and beats to bludgeon you in the skull. But there’s a time in every man’s life when he has to go it alone, and for Gary Guttasnypes, the time has come, a time to tell tales of hitherto unimpaired misdemeanors…

Great adventures need great music, on some Indiana Jones shit. Well remember those things called “beats”? Beats that went UHH, and THUNK, and WHUT, and KLACK, and got you in the solar plexus rather than nibbling your neck? These those beats right here. Raw beats, beats with too much cellulite in their arse, those Iron Gut beats, Dogfood with its clattering Soul Assassins boom, rainy day afternoon sesh jazz on Ashes Falling, the ragged-ass rumba of Bingo!, the metronomic funk dirt of Go Back… And, through it all, the man Gary Guttasnypes going it alone – no rap guest drops here – singing songs of sickness and a pocket full of rye (whiskey) and, in Britflix, the finest single-theme scheme you’ll hear this year.

Everybody needs some adventure in their life. Well, here’s thirteen of them to get you started.

The Untold Adventures Of Gary Guttasnypes

2. Better Late Than Ever? Produced by Mr. J (additional vocal by Rag’n’Bone Man)

Not one to shy away from the mic, ‘Big Gizzy’ has been smashing shows up and down the country for a good few years now. Seen somewhat as a cypher veteran by his peers, his distinct voice and ability to string words and patterns together seamlessly make him stand out as one of the most unique rappers you will have ever heard. If you add in the factors of his rowdy southern accent, lively presence and penchant for partying you come closer to understanding his role in the action packed experience his long-time group Rum Committee are known to provide.

Away from the mic Giz works hard carefully handcrafting soundscapes and seems to be getting more comfortable in his own original style of sound as a producer. It doesn’t end there though, he also did a lot of the “back-end” production on Boozetown with Sherlock Bones and often deals with a lot of work on the more technical side of things. Giz has a LOT of unreleased tracks under his belt and is somewhat a perfectionist. As well as this he has been working on a lot of new music and will unleash an arsenal of no-nonsense Hip Hop tracks across various projects in the near future.

Gi3MO also works hard running lyric writing and production workshops in Brighton and the surrounding areas and has taught new skills to a wide variety of young people from various backgrounds. 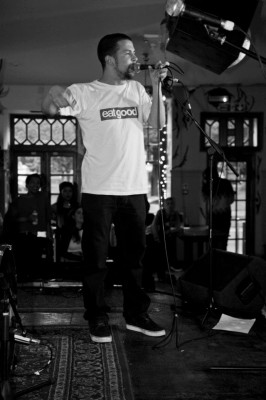 2014 – Gi3MO – GARY GUTTERSNYPES : ONE POINT FIVE
(Rapped on All Tracks, Produced Truth Serum and Just About It.)

2010 – RUNNING PUNCH – PUBLISH OR PERISH
(Rapped on: The Skeletons Ball) 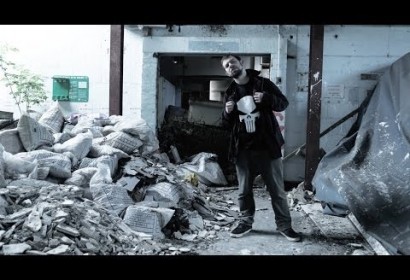 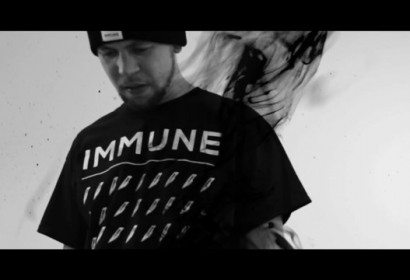