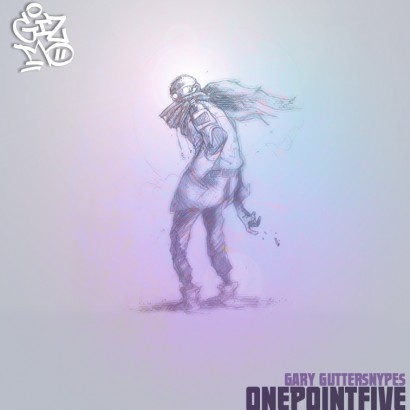 Soon after the Rumbustious Records release of ‘The Adventures
of Gary Guttersnypes’, Gi3mo’s latest chronicle of the Brighton underbelly,
the East Sussex Hip-Hop lynchpin is back on his grind. ‘One Point Five’ is a
collection of eight grisly, raw tracks resplendent in choppy samples and
Gi3mo’s trademark weather-worn delivery.
From aggressive to pensive, witty to real, Gi3mo has the full spectrum of
expression covered, and these lyrical elements are only accentuated by the
stripped down, soulful beats largely co-produced by Big Gizzy himself and
Rum Committee’s eminent KD.
Bolstered by a moody verse from Manchester’s D’lyfa Reilly and a typically fluid Ceezlin feature, One Point Five is both a step above
his existing canon and an exciting indicator of things to come from
Rumbustious and the mind of Gi3mo. His flow continues to evolve and reeks
of experience, and the succinctness of this record indicates that he has no
intentions of fucking around with his ample talents.

The Untold Adventures Of Gary Guttersnypes ›